The paddington and st. pangris railway

the paddington and st. pangris railway is a railway originally

in 1933 the railway was first opened for passenger duties witch at the time were only by warshy and other unknown engines. the railway was never close to any cities so it went fine during the second world war. soon in 1936 another engine known as bobby would arrive while the other engines left for new railways. then a month later the goods work would start and they would extended and merged with the gwr and percy and liz would arrive. soon a year later duck and oliver came. soon in 1937 the end came one day bobby was taking a passenger train when percy was going on to the points with his tar tanker bobby couldnt stop so he crashed into them. his tender was damaged so bad that it couldn't be repaired so he was turned into and saddle tank. then percy was sent away to make more money and stay afloat. but it soon got so hard that it had closed down and be fully merged with the gwr. at the time percy liz duck and oliver had all been on sodor. while warshy was taken to the lner. bobby went to sodor in his new shape 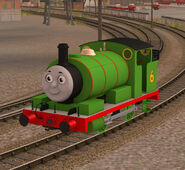 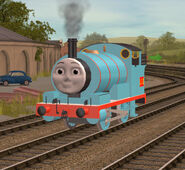 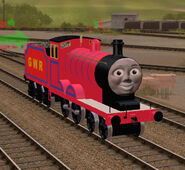 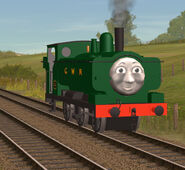 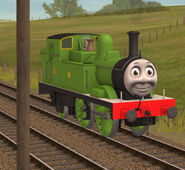 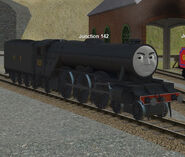 warshy
Add a photo to this gallery
Retrieved from "https://thomasfanon.fandom.com/wiki/The_paddington_and_st._pangris_railway?oldid=11408"
Community content is available under CC-BY-SA unless otherwise noted.